The rideshare BEAST of the Middle East

The Uber of the Middle East… is called Careem and the company just got a big financial boost. Saudi Prince Alwaleed Bin Talal just invested $200 million in the Dubai-based rideshare company. And now, Careem is currently valued at over $2 billion, up from $886 million in 2017.

The timing is odd… because Saudi Arabia’s network of business and global tech investments has come under scrutiny after the disappearance of journalist Jamal Khashoggi. Khashoggi was last seen at the Saudi consulate in Istanbul, and Turkish officials believe he was murdered inside the consulate.

Murder mystery aside… Careem operates in over 120 cities in the Middle East, North Africa, Turkey, and Pakistan. The company is viewed as a “new and promising” technology in the Middle East, and investors continue to pile money into the company for that reason. Will we be calling for a ‘Careem’ soon??

Move over Spotify because Tencent Music is HERE

Tencent Music is the… Spotify of China because China seems to have their version of just about everything. In fact, Spotify owns 9% of the company. Tencent Music also has 800 million monthly active users. The company posted a profit of $263 million and revenue of $1.3 billion in the first half of 2018.

And they have lofty goals… because the company expects the number of people paying for music to quadruple between 2017 and 2023. Tencent Music will be listed on the Nasdaq or the New York Stock Exchange, but it hasn’t decided. Sheesh. What happened to good old days of pirated music? 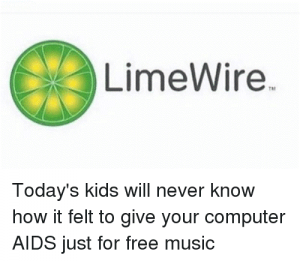 Michael Kors is buying Versace… not the other way around in another deal with two HUGE names in play. Michael Kors is getting close to purchasing Versace for $2 billion. The two sides are so close that the deal could be announced this week (but you heard it here first!).

The famous ‘MK’… already owns 20% of Versace and the Versace family owners the other 80%. This move is right in line with Michael Kors strategy of improving its luxury brand offerings. The company bought Jimmy Choo last year for $1.2 billion. However, investors are less impressed by these deals and shares of MK dropped by 7% on Monday.

Ordinary people don’t buy Versace… because most people aren’t famous, rich, or cool enough to pull it off. For that reason, some even think that the MK should give the Versace brand a more modern appeal. And while the new brand won’t add much to the Michael Kors brand, it could give the company a boost in parts of the market it doesn’t already reach. We wonder what the Migos think about all of this? Versace, Versace, Versace…

China is an independent country and doesn’t need no America

No more foreign tech… because Alibaba, China’s largest tech company is planning to develop artificial intelligence chips and use them for cloud computing, internet-connect devices, and many other things. According to the company’s chief technology officer, Alibaba’s advantages in algorithms and data give the company an edge in chip-making.

Here’s what Jack Ma thinks… America rules the market for chips, and that needs to end. If America stops selling chips to China, then what? This lack of diversification is the reason why Jack Ma is advocating for home-grown technology. You can’t fault the logic because the US Commerce Department just stopped American companies from selling parts to ZTE, a Chinese tech company (although both parties have made up since).

Let ZTE be a wake-up call… because relying too heavily on foreign technology, or probably foreign anything, can put you in a vulnerable position. However, that is easier said than done and China has some catching up to do. But hey – just how hard can making super high-tech artificial intelligence chips be….

That’s right… Jay Y. Lee is headed to North Korea with other business leaders and the South Korean President Moon Jae-in Tuesday. And today marks the first trip to North Korea by a South Korean president in over ten years. The goal? To improve relations, connect the two economies, and gain access to valuable trade and infrastructure links.

Here’s how Samsung could benefit… obviously, there is an untapped market in North Korea; but it’s not just smartphones because the company also does engineering, construction, and shipbuilding. However, Lee is more or less along for the ride for now and is going out of a perceived obligation rather than a business opportunity.

Here is what the future holds… Samsung Securities, the company’s investment arm, is analyzing the potential for future business in North Korea. North Korea’s economy includes 25 million people, cheap labor, good location, and untapped natural resources. These attributes are all perfect for business, but all of that is easier said than done and any company has their work cut out for them dealing with the “ruling regime.” Kim Jong Un doesn’t like many people – except Dennis Rodman. He loves Dennis Rodman. 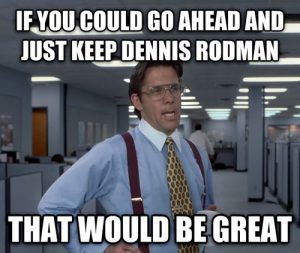 Tencent is deciding to fold… on its popular online poker game “Texas Everyday Hold’em” which had over 1 billion users. The loss looks to be yet another setback for a company whose stock is down 35% since the start of 2018. Now, 35% is a lot for any company, but to Tencent that represents $200 billion in market value – that’s a lot a lot (sorry for the really technical term there).

The significant loss in market value… comes from strict regulations imposed by the Chinese government. Gambling (and all fun?) is illegal in China, but the gaming company got around that by having users play with virtual tokens. That was all well and good until users started trading tokens for cash which caused the Chinese government to take a closer look at the gaming company.

Other problems for Tencent include… not being able to make money – there you go, that is an all-encompassing reason. Tencent needs the approval to make money on their new mobile games, such as the popular “PlayersUnknown’s Battlegrounds.” There is also talk about Beijing limiting online gaming and restricting the amount of time kids can play on their devices. Sounds like a fun time to do business in China, no?

Isn’t everything ‘Made in China’?

Not anymore… because the country’s exports have been slowing down steadily amidst a trade-war with the United States. Chinese exports have gone from 12% in July to 10% in August, and things are not looking so great going forward. US President Donald Trump is ready to put another $267 billion worth of tariffs on Chinese products.

There are already lots of tariffs… and such a move by Trump would push new taxes on the $505 billion worth of goods the US imported from China last year. With slowing growth in exports coming from the European Union and Japan – can China really afford this?

Meanwhile in the United States… exports were at a record-high. But don’t get too excited as many companies were just trying to beat the next round of tariffs. And the United States is still largely indebted to China which is a critical issue in the trade spat. It looks like more trade-fun is in-store for the fall! Alibaba is under new management

Because Jack Ma is calling it quits… apparently, being CEO and chairman of a $420 billion empire takes a lot out of you. Jack Ma started out as English teacher and transformed into a tech tycoon over the course of his 20-year run with Alibaba. The current CEO, Daniel Zhang, will take over as executive chairman next year.

In case you don’t know… Alibaba is a vast online retail platform all over the world, but especially prominent in China. Also, just like Amazon, the company has expanded into other areas such as movies, news, and cloud computing as it aims to take over the world.

Forget $1M for retirement… because Jack Ma has a net worth of around $40 billion. Jack Ma is leaving at the right time, too, because the United States is preparing to slap $200 billion worth of tariffs on Chinese goods. Additionally, although China’s economy has been trucking along to this point, it has shown signs of slowing down. But oh well, that’s Daniel Zhang’s problem now because Jack Ma has left the building!

Here’s more on JD.com (because we LOVE scandals)

Trending on Weibo… which is China’s ‘Twitter’ so-to-speak where users are spreading CEO Richard Liu’s mugshot around like wildfire. Apparently, founding a multi-billion dollar company makes you very well-known in China, like a celebrity of some sort. In most other markets, this news would be uninteresting at best.

What makes JD.com so special… compared to its other competitors like Alibaba? Well, for one, the company vows to sell only authentic goods through its platform, and knock-off goods represent a significant problem that has plagued Chinese rivals for quite some time. JD.com is also freaky fast and delivers 90% of products within the first or second day they are ordered (remind you of anyone?).

From humble beginnings… which included Liu dreaming of eating meat because his family was so poor, they could only eat pork once or twice a year. When the future-CEO got into Renmin University, a high-ranking university in Beijing, his village donated 76 eggs and 500 yuan to send him there. Now, $7 billion later, is eating well and [allegedly] breakin’ all the rules!

Why can’t China get along with tech?

Apple has removed… somewhere around 25,000 apps from the App Store in China. This move is coming on the heels of complaints and criticism from Chinese state media. Last month, eported that the App Store was exposing citizens to fake lotteries and gambling.

Gambling apps are illegal… in China and they are not even allowed in the App Store. Apple will also have the task of removing apps and developers alike, as they will undoubtedly continue to crop up. Apple is the latest tech giant to fall victim to strict Chinese regulations and content monitoring.

Not even domestic companies are safe… and even Tencent, a large Chinese tech firm, had online games banned by regulators. This week isn’t the first time Apple has had to remove apps – in 2017, the company removed apps that provided VPNs to users in China. These VPNs gave Chinese citizens the ability to access things like Google… and you should know that Google is strictly forbidden in China.