What to do about these crazy tech stocks…

You may want to… part ways with the popular Facebook stock sooner than later. The company has been scrambling, and spending, to fix its past privacy and security mistakes which are coming at the expense of growth. Additionally, most tech stocks have shown vulnerability lately as interest rates continue to rise.

For nine long years… tech has been leading the charge for the broader market. Investors have been throwing money at companies that make little or no profit. But if we can’t blindly throw money at tech stocks, what do we do now!?

Maybe consider a new strategy… such as investing in value stocks that pay dividends. Many investors have been taking this approach and investing in health care, consumer staples, and utilities – things we can’t live without. However, this isn’t to say that tech stocks are through – they may very well be your best bet – but maybe have a backup plan. Or calm the hell down and buy-and-hold your stocks like a good little investor.

Well, goodbye, Google+… actually, most of us probably used that phrase within the first five seconds of using the social media platform. Created in 2011, Google+ attempted to rival the increasingly popular Facebook at the time. Seven years later, Google is finally putting this thing out of its misery.

But wait, there’s more… because the reason Google is shutting down Google+ is a recently discovered security bug that exposed as many as 500,000 accounts full of personal information. Oh, and Google didn’t mention that little detail until six months after the fact.

This issue is classified as… pretty much the same one that plagued Facebook. And Google basically followed Facebook straight into the crapper with this move. However, luckily for Google, hardly anyone used Google+, and the breach was far smaller compared to that of Facebook. See, things always work out for the best… 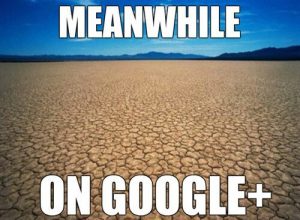 Introducing IGs new fearless leader… it is Adam Mosseri, and he will head Instagram effective immediately. The switch coming directly after Kevin Systrom and Mike Krieger, the app’s founders, announced that they were leaving the company.

A little about Mosseri… he joined Facebook in 2008 and held various roles at the company. Mosseri has been the head of News Feed and design director of Facebook’s mobile apps. Now, Mosseri will need to hire a new team, including a leader of engineering, product, and operations.

As for the old leaders… meaning Systrom and Krieger, their plans are up in the air. Also, the sudden move remains a mystery. Both founders stayed at the helm of their company for six-years following being acquired by Facebook. We’ll see if more details come to light in the coming days – but for now, let’s welcome Adam Mosseri, who is now responsible for your beloved Instagram….

You should know by now… that Facebook isn’t just Facebook – they do all kinds of things. And making virtual headsets falls under the “all kinds of things” category. The company just debuted the Oculus Quest which will be released next spring, and you can have it for a small fee of $399.

The latest VR headset… combines the mobility of the Oculus Go with the power of the Oculus Rift. However, unlike the Oculus Rift, this new model doesn’t need a PC to work. The updated headset also features four wide-angle cameras for better position tracking.

Even if you don’t get far in life… you’ll get far with this headset because you can move around up to 4,000 square feet. So if you didn’t know Facebook made VR headsets, well, now you know. The company purchased Oculus back in 2014 for $3 billion. And there used to be something called “Facebook Spaces,” a virtual reality social network. We’re not so sure about that idea…but we do know that we are excited for the new headset! 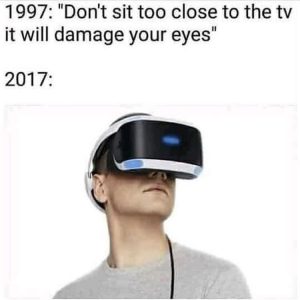 The Instagram founders are out… from the business they started eight long years ago in San Francisco. CEO Kevin Systrom and CTO Mike Krieger went from a small photo-sharing app created in a co-working space to a world-wide app used by 1 billion people today. The app quickly attracted millions of users and was sold to Facebook in 2012 $1 billion.

With Facebook’s help… IG took over even further and added additional features like videos, stories, and even television. But the co-founders announced, “We’re planning on taking some time off to explore our curiosity and creativity again.” Systrom and Krieger will go from leaders of the app to two of the billion everyday users.

It seems like an amicable separation… however, Bloomberg News reported that Systrom and Krieger are leaving because of tensions with Zuckerberg. The resignation comes six months after the founder of WhatsApp, Jan Koum, announced he was going. The other WhatsApp founder also left in 2017 and supported people deleting their Facebook accounts because of the Cambridge Analytica scandal. Will Systrom and Krieger be the next to ‘spill tea’ on Facebook?

Gee, thanks Google… for allowing and defending third-party apps scanning our Gmail accounts. Gmail has over 1.4 billion users, and the platform enables third-party users, such as trip planners and “customer relationship management systems” to integrate themselves right in. These third-parties can use your data as long as they are transparent about how they are using it.

Just last year… Google stopped scanning accounts for advertising purposes. If it makes you feel any better, Google has made its privacy policy “easily accessible” to users deciding whether or not to grant access. And if third parties aren’t transparent, Google supposedly removes them before they do any harm.

Google says… that third party users must undergo a review process before accessing your account. This process includes an automated and manual review of the developer, app testing, and an assessment of the company’s privacy policy.

Now you can shop on Instagram… and that’s just what you wanted, right? Well, on Monday the company announced that it would be giving users the ability to shop items via Stories and on the Explore page – whether you like it or not! Brands can add one product tag sticker per Story, and the Explore page will recommend brands based on your tastes.

Shopping on IG is a massive opportunity for retailers… and Instagram for that matter. The possibility exists because over 90 million accounts already tap to see tags in shopping posts. The shopping features should also fit seamlessly with the app because people already use IG to get their fashion inspiration – you know, by stalking the people they want to be.

It’s called ‘social shopping’… ever heard of it? In fact, the new app feature is eerily similar to what Pinterest just started doing with its “buyable pins” where users can purchase the items they see directly on the platform. It remains to be seen, but Instagram may also have a standalone e-commerce app in the works. The world is getting closer to becoming one BIG advertisement!

It’s a cauldron. It’s a grill. It’s a smart speaker?

Brought to you by Samsung… is the Galaxy Home. The Galaxy Home is a smart speaker with an unusual design that aims to compete with Amazon, Google, and Apple. And better late than never – Amazon has been in the smart speaker game since 2014.

Hey Bixby… is the phrase you will be using to speak with your speaker. That is the extent of what we know about this speaker because Samsung has not released the cost or what the speaker even does. However, Bixby should integrate well with the company’s connected cars, premium audio, and artificial intelligence.

Bixby will be different… or at least it should be if Samsung expects any of us to buy it. Samsung demonstrated Bixby’s ability to have a conversation with you – which isn’t particularly impressive because Google and Amazon speakers have already been able to do that. What else ya got, Bixby?? I guess we’ll see…

Let’s kick things off… with a shocking statistic about your phone (and if you don’t have an iPhone…get out) – the iPhone is expected to bring in more revenue than 492 of the 500 companies in the S&P 500 did last year. Apple is hopeful that the iPhone will bring in $165 billion in sales this fiscal year. In fact, $165 billion in revenue [from just the iPhone] crushes the revenue Amazon brings in from online store sales.

You’ll be saying ‘TGIW’… when Wednesday rolls around and Apple announces the new iPhone models. Well, maybe not, because remember, this is a “minor” update year, so we probably won’t see anything too groundbreaking. But hopefully, there will be good news to report so that investors can hang on to their near 20% gains the company’s stock saw in August.

They do other stuff, too… which we have covered here many times at Sanebull. But to reiterate for those just joining us – Apple makes a $#!% ton of money by offering services like the App Store, Apple Pay, iTunes, and Apple Music. So it’s not all about the iPhone (although it kind of is…).

Twitter and Facebook… will be represented in Washington on Wednesday as the companies appear before the Senate Intelligence Committee. And you can probably guess what this is about – foreigners using their platforms to ruin our elections in America. So this is nothing new, and don’t expect either stock to react much to this meeting.

But we will learn more… about how these companies are keeping our data secure and reliable. Keeping data safe covers everything from fake news to harassment on the platforms. And, of course, managing the so-called Russian trolls from spreading lies.

Jack Dorsey will be a busy man… because after meeting with the Senate Intelligence Committee, he will be meeting separately with the House Energy and Commerce Committee to address claims that Twitter is silencing voices of Republicans.  Who knew Twitter and Facebook were going to cause so much trouble!?