It’s about time: JCPenney finally has a CEO

Turning around JCPenney… will be no easy task; but who better to do it than Jill Soltau, the company’s new CEO! Actually, it is now her job to do it; but don’t feel bad because she will be making $1.4 million per year with a $6 million signing bonus. And Wall Street is backing the new CEO – shares of JCPenney were up 10% upon the news.

But there is work to do… because JCPenney is down 50% this year and has been trading as low as $1.50 per share. The former CEO, Jeffrey Davis, resigned just 14 months after accepting the position. The company is $4 billion in debt and has posted a profit only twice over the last four years.

Coming this November… everyone at Amazon will be paid at least $15 per hour. The wage increase will benefit full-time, part-time, and even seasonal workers. Even Amazon subsidiaries, like Whole Foods, will see the same jump. Now, CEO Jeff Bezos is “encouraging our competitors and other large employers to join us.” Our guess is that won’t happen anytime soon.

On their high horse… over at Amazon because the company also stated, “We’ll leave it to Congress and professionals to decide what the right number is; but for us, that number is $15.” And for those other guys, the right number is a wimpy $7.25 or so. However, Amazon even won over the support of Bernie Sanders, which is not an easy thing for a giant corporation to do.

And it could be helpful… especially with the labor market being as tight as it is currently. Amazon has the money and presumably needs the workers – especially for the holiday season. It looks like Amazon will be on the seasonal worker wish list this year.

Tesla stock is back to killin’ it

Tesla was down… aaannnndddd then it was back up. The deal between Elon Musk and the SEC left investors delighted, and the stock recovered all of its 17% loss from Friday. Not too shabby for a deal that required Musk to step down as chairman and pay a $20 million fine.

The deal also cost Tesla… another $20 million, separate of the initial fine, to settle claims that the company failed to adequately police Musk’s tweet. If you recall, all of this mess came from Musk’s “false and misleading statements” to investors over Twitter.

But Tesla isn’t done yet… because the company is preparing to release its third-quarter production numbers. These productions numbers will allow us to see if Tesla can produce 5,000 Model 3 cars in a week, a milestone the company hit in the second quarter. And now we get to see if the company can replicate those results. Never a dull day for Elon Musk or Tesla..

This airline company has been TOO cheap

Ryanair has hit turbulence… and the company just slashed its profit forecast for its fiscal year to between $1.39 billion and $1.27 billion. These figures fall about $174 million short of what the company had initially anticipated. The reason? Two things: employee strikes and flight cancellations. Both these factors have led to reduced bookings and lower fare prices.

Fuel costs haven’t helped… and shares dropped 10% and are down more than 22% on the year. However, the problem may not be with Ryanair, but rather the business model of low-cost airlines in general.

Here’s the problem… it includes labor disputes, decreasing profit margins, and rising customer dissatisfaction. These issues have continued to plague Ryanair and other low-cost airlines for quite some time. Even Ryanair rival, EasyJet, has reported similar problems and gave a meek profit outlook. 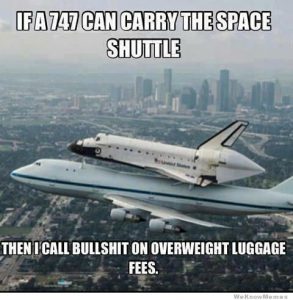 The REAL winner in the sale of 21st Century Fox

And the winner is… Rupert Murdoch, the executive chairman of Fox, who made $49.2 million over the latest fiscal year. That multi-million dollar figure gives Murdoch an addition $20 million compared to last year.

Oh, and as for his children… both of them made about $50 million each (they’re adults now, okay?). It is probably worth noting the sudden influx of cash for the entire Murdoch family has come in the form of “stock awards.” And a government filing with the SEC makes it clear that these awards were related to Disney’s purchase of the company.

I know they’re rich… but it’s still well-deserved given that Fox’s stock price jumped 75% in the 2018 fiscal year. And the Murdoch’s didn’t sell everything – the “new” Fox will still retain Fox News, Fox Business Network, Fox Broadcasting, and the FS1 and FS2 cable networks.

Introducing IGs new fearless leader… it is Adam Mosseri, and he will head Instagram effective immediately. The switch coming directly after Kevin Systrom and Mike Krieger, the app’s founders, announced that they were leaving the company.

A little about Mosseri… he joined Facebook in 2008 and held various roles at the company. Mosseri has been the head of News Feed and design director of Facebook’s mobile apps. Now, Mosseri will need to hire a new team, including a leader of engineering, product, and operations.

As for the old leaders… meaning Systrom and Krieger, their plans are up in the air. Also, the sudden move remains a mystery. Both founders stayed at the helm of their company for six-years following being acquired by Facebook. We’ll see if more details come to light in the coming days – but for now, let’s welcome Adam Mosseri, who is now responsible for your beloved Instagram….

Well, that was fast… Tesla CEO Elon Musk has agreed to step down as chairman of his company and pay a hefty $20 million fine to settle charges brought last week regarding his reckless tweets. But don’t fret – Musk will remain CEO of the company. For the record, Musk accepted the deal without “admitting or denying” the accusations against him.

The money will go to… investors that were harmed by the tweet (so people shorting Tesla). Tesla will also appoint two new independent directors to its board to help oversee Musk’s communications. Yes, they will be watching him. And honestly, the result isn’t as bad as it could have been.

The SEC sought to ban Musk from… serving as an officer or director of any publicly traded company. However, the SEC may have decided that removing Musk as CEO would harm Tesla’s share price and hurt investors further. After all, what is Tesla without Elon Musk!? He is the madman we have all grown to know and love – never stop bein’ you, Elon…

From a struggling smartphone company… to an up-and-coming cybersecurity company. BlackBerry now generates over 90% of its revenue from software and services. Even better, 81% of its sales a recurring which means they have plenty of cash flowing in. The company reported profits and sales on Friday and killed Wall Street’s expectations. The stock was up 15% following the news.

Oh, and they do other things… and CEO John Chen said the company’s most significant success this quarter stemmed from the connected and autonomous car market. That business unit saw growth of 30%. And BlackBerry is working to gain more ground in the automotive market – even teaming up Chinese search engine Baidu to develop self-driving cars.

In 2016… BlackBerry stopped making phones and outsourced the production of devices with the BlackBerry name still attached. And now, the company is all-in on software. The switch from phones to software has the company’s stock up over 60%. Not bad for a company we all thought had died a long time ago! 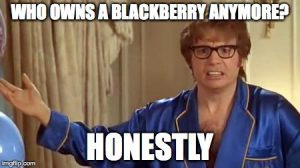 JCPenney: No CEO, no CFO, no problemo!

We’ve talked about JCPenney’s… lack of CEO and how that’s a bad thing. However, matters have gotten even worse for the company, with the CFO Jeffrey Davis leaving after just 14 months. It looks like more bad news for a company that has seen its stock drop 45% this year.

On Friday… JCPenney stock dropped another 9% and is now trading at $1.60. The company also has over $4 billion in debt. The once-booming retailer has only posted a quarterly profit twice in the last four years. Most recently, the company posted a loss of $101 million and was forced to sell much of its clothing at a substantial discount.

So, what now… that’s what investors are asking, but haven’t gotten much of an answer. The retailer has closed 141 stores within the last year and will be closing eight more this year. JCPenney switched from older shopper to younger but is now going back toward middle-aged women. The company plans to update everyone on who it wants its customers to be in November when it reports quarterly earnings. We’re looking forward to it…

Sears is on the clearance rack… and the company is officially a “penny stock.” The company’s stock is now trading for under $1 and dropped to as low as .85 cents per share on Friday. Sears could also be delisted from the Nasdaq – but that’s a long process and won’t happen until 2019. The stock has had a brutal year, too, down 88%.

Today, Sears must… prove to lenders that they can pay $134 million worth of debt due on October 15. The company is running out of time and cash. Sears market value has also fallen below $100 million.

You may be too young to remember… Sears was once one of America’s largest retailers and employers. Many Americans bought mass-produced goods for the first time through a Sears catalog. However, by the early 2000s companies like Walmart began beating Sears in both price and selection. And it has been mostly downhill since.